This is the fourth post in our Test-Driven Development journey. At the beginning of a project, nothing is well-defined. Your team is not sure about the microprocessor or communication protocol. But you still need to start with the development. 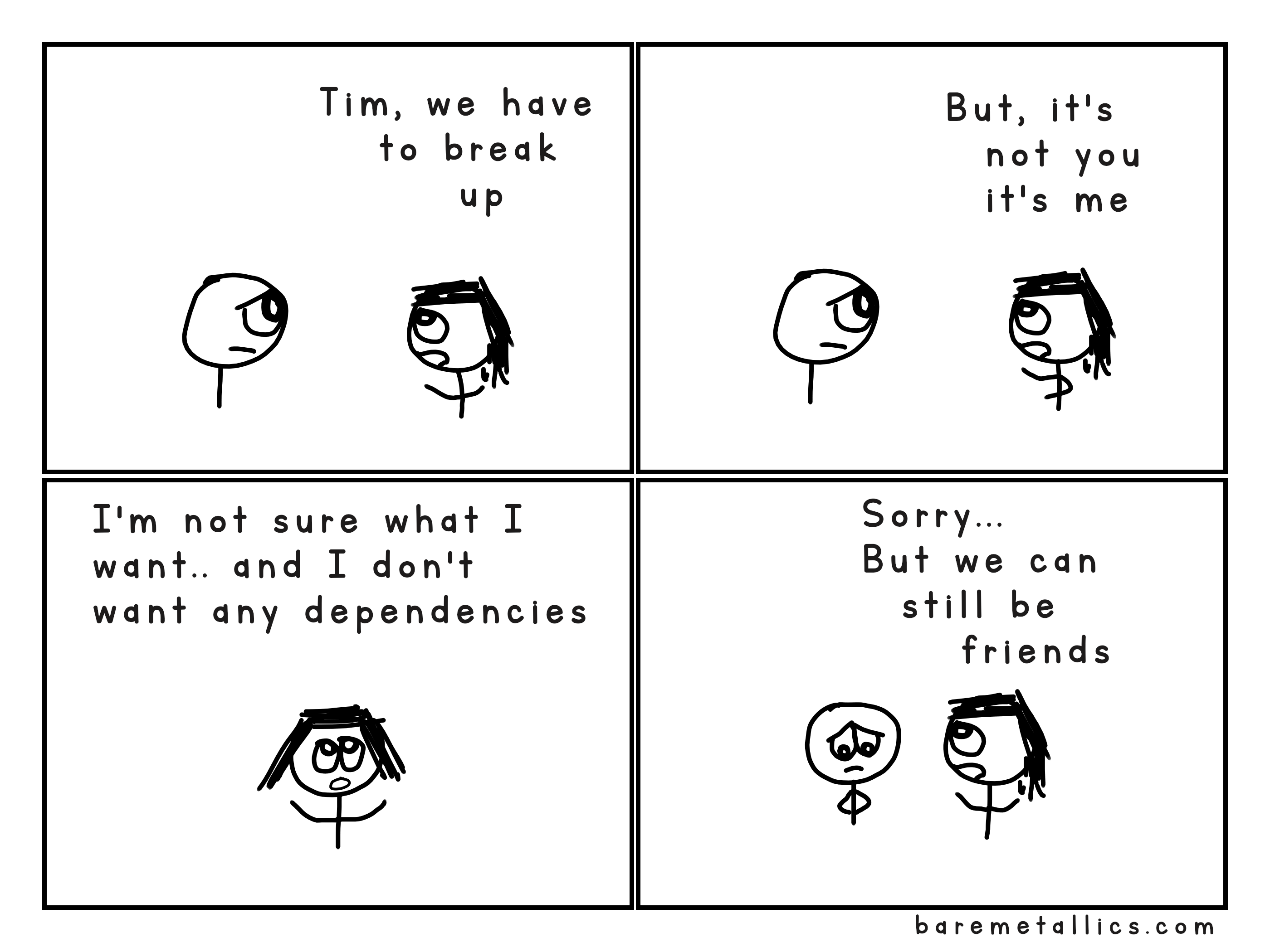 We already talked about how to use TDD to break hardware dependency. Today, you’ll learn how to apply TDD to free yourself from external libraries.

The concepts you’ll read here are from the book Test-driven development for embedded C. We recommend you read it. And you can find more great books in our curated booklist.

What are third-party libraries?

Nowadays is common to use libraries or code from external sources. Github. BitBucket. Software development kits (SDKs). Just to mention some. These libraries are known as third-party libraries.

Third-Party Libraries Are Great. You Shouldn’t Reinvent The Wheel.

For example. Let’s say you use third-party libraries for the I2C bus, UART bus and real-time operating system (RTOS). Look at the picture to have a better idea.

You will build your application based on these libraries. You are ready to apply TDD. Everything sounds great.

But what if they change? What if they don’t have support anymore? What if your client decided to change the communication protocol?

So… How can you make your application and test code bulletproof?

In our previous post, you learned about how to use CMock to emulate libraries’ behaviors

The idea behind CMock was to use an alternative version of the original library. But only during testing. Check the next picture.

When you run your tests you won’t use the original library. Instead, you will use the mock version (dashed lines).

Now, we are going one level higher. Check the next picture. 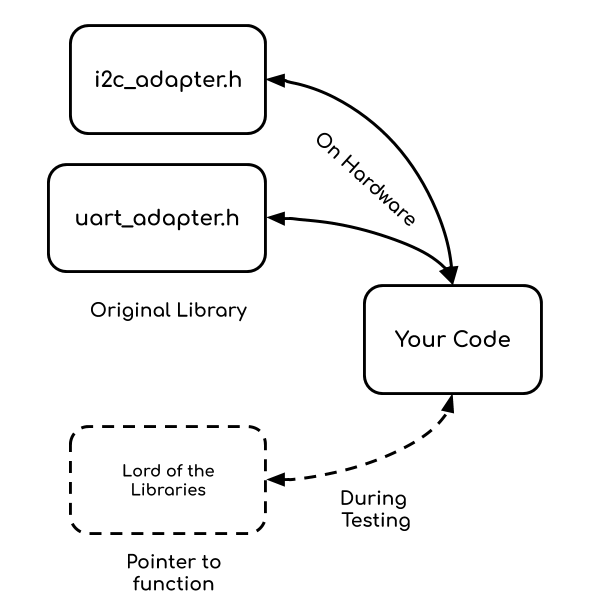 Let’s say that your code may use the I2C or UART bus. But you are not sure. How can you still apply TDD?

The answer is using a pointer to a function. This will be the lord of the libraries. One pointer to rule them all.

You can find the code for this tutorial on github. Remember, you aren’t sure about which bus you’ll use. I2C or UART. Also, there are many implementations around there on the internet. It’s a hard situation, right?

Let’s assume that the header file BusDriver.h of our application looks like this.

Here are two problems that make the code not testable.

You know that the trick here is using pointers to functions. But why? The goal is to create a common interface for all possible scenarios. That’s called Polymorphism.

So let’s assume that all functions that implement communication buses follow this pattern.

So the pointer to function would be.

Here you will learn how to use pointers to functions with TDD. Like any other TDD cycle. Let’s create first a test.

What is FakeReadBus.h? This header includes all the possible scenarios. I2C? UART? SPI?. Any generic scenario? No problem. Because what it’s important isn’t the protocol. But the data. That’s why…

We only need something that gives you data back.

In this case is FakeReadBus;

You will see in the next section the reason behind ReadBus = FakeReadBus. But for now. It makes test_GetData call FakeReadBus function.

If you want to emulate more data outputs. You just need to add more fake functions. And call them in your tests following this syntax ReadBus = <FAKE-FUNCTION>.

Since we want a bulletproof code. We need to minimize third-party libraries dependency.

Let’s start with the header BusDriver.h.

As you can see. No third-party libraries. Only standard libraries.

And the initial implementation of our application would be.

Everything seems to make sense but for one thing. GenericBus. This function is there only to initialize the pointer to function ReadBus. That’s all.

But during testing. ReadBus points to FakeReadBus. That makes your code adaptable. As we mentioned before. FakeReadBus could be virtually any bus.

Now you have a functional and tested code without third-party libraries dependency.

At the beginning of a project, nothing is well-defined. Your team is not sure about the microprocessor or communication protocol. But you still need to start with the development. Using a simple pointer to function you can start your development under those circumstances.

You learned how to still apply TDD even under uncertainty. If you want to learn ever more about TDD. Then get one copy of Test-driven development for embedded C on Amazon.