Anyway, in this post I will explain the STM32CubeF7 because I bought the STM32F746G-discovery development kit link.

STM32CubeF7 firmware consists in 3 abstraction layers, as shown in the following figure: 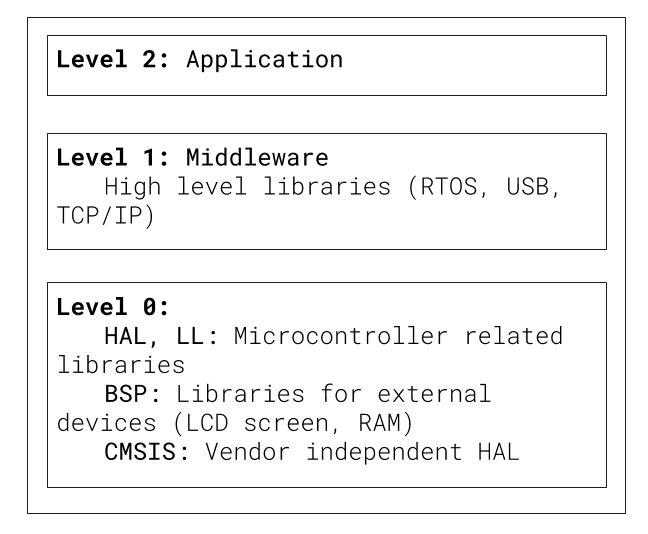 When you download the STM32CubeF7 from the st website and unzip it you will find the following directories:

That’s all for this blog post, in following post I’ll write about how to work with the ARM microcontrollers without IDEs. I’m still in this journey of embedded systems and ARM 32-bit microcontrollers, so some things might be wrong.